A good look at the Interiors, the Exteriors and the Gardens of these Historic Cornish Houses

Starting from Truro ... but we can start at your hotel/B&B from anywhere in Cornwall... 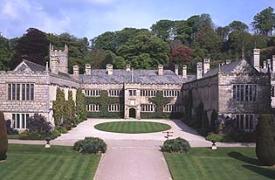 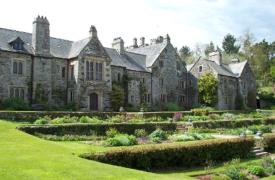 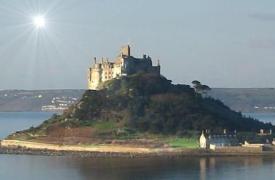 St Agnes Head (spectacular panoramic views of the North Cornish Coast). We then travel down the coast calling at Chapel Porth, Portreath, Godrevy Lighthouse (the lighthouse which featured in both a Rosamunde Pilcher and a Virginia Woolf novel), heading for St Michael's Mount in time for their 10:30 opening (visit St Michael's Mount/National Trust... visiting times vary ). 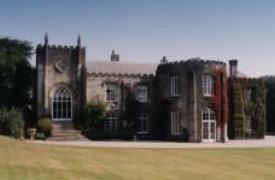 Newquay taking a look at Pentire Head, Fistral Beach (Europe's main surfers' beach... ), the Headland, the Hewer's Hut, and the Harbour before travelling up the north coast towards Padstow where Prideaux House was built in Elizabethan times and where the Prideaux-Brune family have lived since those times (visit Prideaux Place... visiting times vary ). 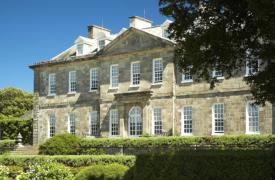 Fowey, scenic ancient harbour and home to the late Daphne du Maurier, on to Looe and Antony House on the River Lynher near Torpoint. (visit Antony House... visiting times vary).

Tours tailored to fit your exact requirements - we'll help you plan it.

Cothele
By the Tamar River. An ancient and romantic place, hidden in woodland above the River Tamar. Formal and informal gardens, with pools, dovecote and tower... wonderful display of daffodils in early spring.

Lanhydrock
Near Bodmin. The grandest and most welcoming house in Cornwall, Lanhydrock is superbly set in 450 acres of woods and parkland running down to the Fowey river and encircled by formal and woodland gardens, lovely in all seasons.

Pencarrow
A Georgian house with 50 acres of Grade II* Listed Gardens, must be one of Cornwall’s finest stately homes. It is still privately owned and lived in by the Molesworth-St Aubyn’s whose ancestor, John Molesworth purchased the estate in the reign of Queen Elizabeth I.

St Michael's Mount
Near Penzance. The jewel in Cornwall's crown, this magical island has a church, a medieval castle (home of the St Aubyn family for over 300 years), an exotic garden clinging to the steep flanks, and an ancient harbour where you will find a National Trust hops, restaurant and an audio-visual presentation on the history of the Mount.

Trerice
Near Newquay. A delightful small Elizabethan manor house, Trerice is an architectural gem hidden away from the world in a web of narrow lanes and still somehow caught in the spirit of its age. Behind the Dutch-style gabled façade are ornate fireplaces, elaborate plaster ceilings and a collection of English furniture of the highest quality.

Prideaux Place
A lovely Elizabethan House at Padstow, occupied by the family since Queen Elizabeth the First's time. A setting for one of the Rosamunde Pilcher films (based on one of her novels). Completed in 1592, the house has been enlarged and modified by successive generations

Mount Edgcumbe
Stunning Tudor home of the Earls of Mount Edgcumbe. The house and the surrounding grounds have spectacular views over Plymouth Sound, one of England's finest natural harbours. The Earl's Garden was created beside the Tudor House in the 18th century... and the Formal Gardens were created over 200 years ago in the English, French and Italian styles.

Buckland Abbey
A 700-year-old building with fine 16th-century great hall, long associated with Elizabethan seafarers Sir Francis Drake of the Golden Hind and Sir Richard Grenville (both scourges of the Spanish Armada in 1588)... and Drake's Drum!

Saltram House
A magnificent Georgian house, with Adam interiors, gardens and landscaped parkland overlooking the Plym (as in Plymouth) estuary. A jewel in the National Trust's crown!

Godolphin House
A 15th century property with displays of horse drawn vehicles, reproduction maps, prints and documents as well as arms and armour. The House, was the home of the Godolphin family until the middle of the 18th century. The Godolphins, made their fortune from the local tin-mining industry, becoming one of the leading families of West Cornwall.