Where Cornwall comes to an end in wild beauty and antiquity 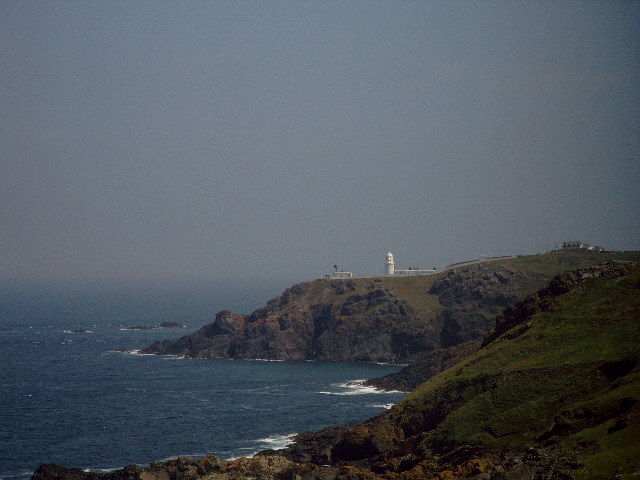 On one side the Atlantic rolls and pounds upon sweeping surf beaches... and on the other, picturesque fishing villages and harbours are still much as they were when smugglers brought in brandy and other contraband from France and the Channel Islands.

An essentially Celtic land of tiny villages and epic myths, forced to abandon its two most prosperous industries, mining and smuggling, it has quickly developed into a year-round quality tourist destination. 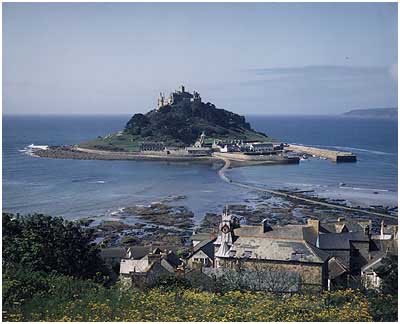 Where the Phoenicians came from the eastern mediterranean to trade wine for tin 2500 to 3000 years ago... and where the Castle and House is still occupied by the family who first owned it in 1649.

An ancient market town serving the Landsend peninsular. Good restaurants, good pubs and interesting architecture - an eclectic mixture of the very old, the just 'old', and the quaint and interesting. See the Egyptian house in Chapel Street.

We leave the town along the seafront road, passing the harbour and following the signpost to Newlyn. Cross the bridge at Newlyn and turn left, skirting Newlyn Harbour (a working harbour which is home to a modern, seagoing fishing fleet) and follow the signpost to Mousehole, continuing on the coast road and into Mousehole.

A very small, very old fishing village clinging to steep cliffs and clustering around a small harbour which can only be described as - well, like a mouse hole! Ask about the Legend of the Mousehole cat!

In the village we drive around the harbour, past the Ship Inn and on towards Castallack, Lamorna and Lamorna Cove.

We follow the coast road towards Penberth and Porthcurno. En route we pass the Merry Maidens - a stoneage stone circle from 5000 years ago? Visiting Penberth Cove, Treen (good pub) and on to Porthcurno (home of the National Marine Telegraphy museum) and the Minack Theatre. 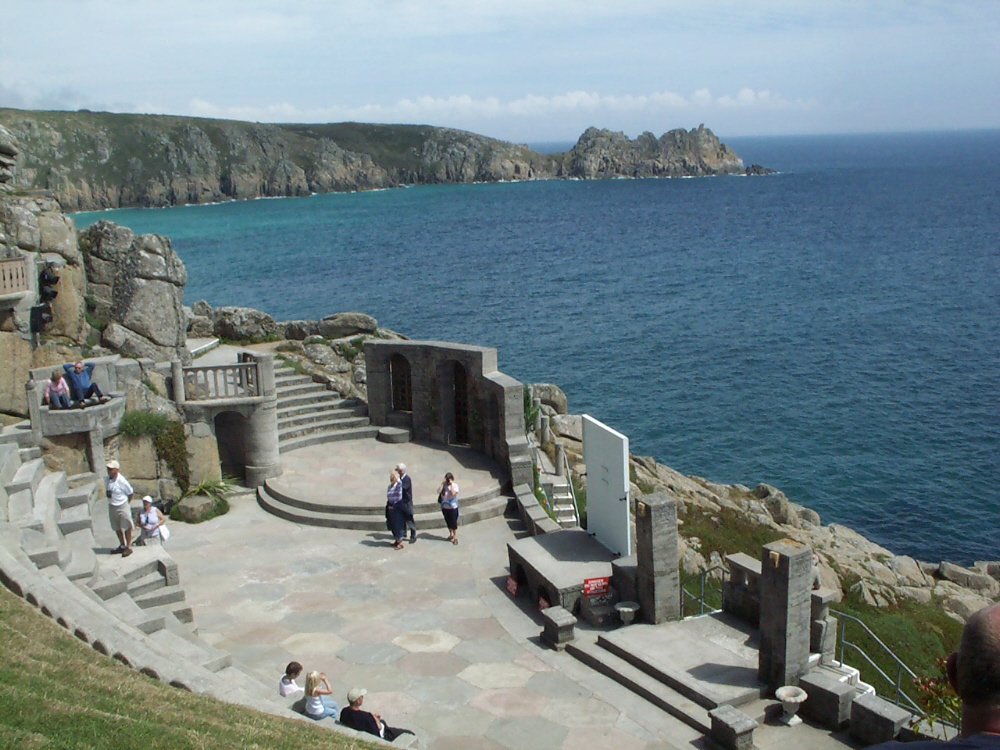 The Minack theatre is a 'must' - it's a spectacular open air theatre set in a natural amphitheatre in the cliffside, and looking out past Logan's Rock towards The Lizard - well worth a visit to either 'just look around' or attend a performance. The programmes change weekly and are spring, summer and autumn only.

Spectacular craggy cliffs almost surround us and stretch back on either side. The wild Atlantic crashes against the cliffs below us ... with the Wolf Lighthouse, Longships Lighthouse visible on a clear day and the Isles of Scilly in the far distance on a very clear day. 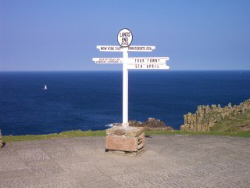 Lands End to Chûn Castle calling at Sennen Cove, Botallack, and the Levant Mine.

Going through Sennen Cove, we head on for St Just in the direction of St Ives.

We make a brief visit to Botallack - famous for the Crown Mine and the remains of a large C19 mining complex and Botallack Farmhouse, which was Ross and Demelza Poldark's home in the Poldark film/TV series.

On to the Levant Mine and more spectacular coastal scenery. (see first picture above with Pendeen Lighthouse in the distance). 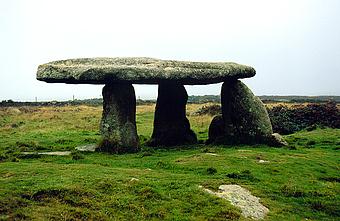 After about 3 miles/ 5 kmtrs we go through Morvah and almost immediately turn right, following the signpost to Penzance. After 2m/3kms we reach an area containing many very ancient sites including Chûn Castle and Chûn Quoits (an Iron Age fort plus remains of ancient chieftain burial sites - stones on top of stones), Mên-an-tol (more famous ancient stones), and Lanyon Quoit... probably the best-known Cornish quoit (dolmen).

We return to the coast road, again heading towards St Ives then... Possible Cornish Cream Tea at Rosemergy (our favourite cream tea stop!)

We pause again at Zennor... Zennor church worth a visit. Likewise there is a good public house (inn) at Zennor - called The Tinners Arms ...with good beer and good pub lunches. 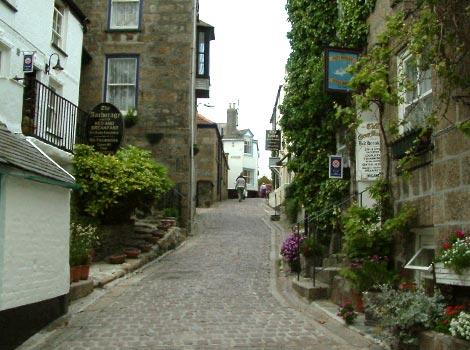 Entering St Ives, we first head for the harbour. The streets are narrow - very narrow in places! - and this ancient fishing town retains all the character of yesteryear but manages to combine it with a successful, modern holiday industry. We drive past the St Ives Tate Gallery (an offshoot of the famous London Tate gallery) and the Barbara Hepworth Museum up and around and back into the town - stopping for coffee/tea/whatever if so desired. Take care with the seagulls if eating a Cornish pasty - the seagulls are very hungry and have been know to snatch them out of your hand!

We leave St Ives heading for Hayle, en route calling at Lelant... birthplace of Rosamunde Pilcher... and Lelant Church which has sweeping views over the entrance the Hayle estuary, the harbour, the town, Hayle Towans, Godrevy lighthouse and the ocean. The original Church was first built about 1500 years ago, probably by Irish or Welsh Christian missionaries - either settling and converting the unruly Cornish OR setting up a pilgrimage Church on route for Santiago de Compostella in Galicia, Spain - lots of history and a lovely spot!

On through Hayle to Godrevy Lighthouse

Then Godrevy back to St Michael's Mount

At Marazion and St Michael's Mount we enter the top of the village there are good views of the Castle (the one near the top of this page was taken there). St Michael's Mount is well worth a visit - walk over the causeway at low tide or take the boat if the tide is in. And, of course, St Michael's Mount was the spot to which the Phoenicians came from the eastern mediterranean to trade wine for tin 2500 years ago - and they've recently made a DNA connection between this spot and the Lebanon (true!)

St Michael's Mount back to Penzance